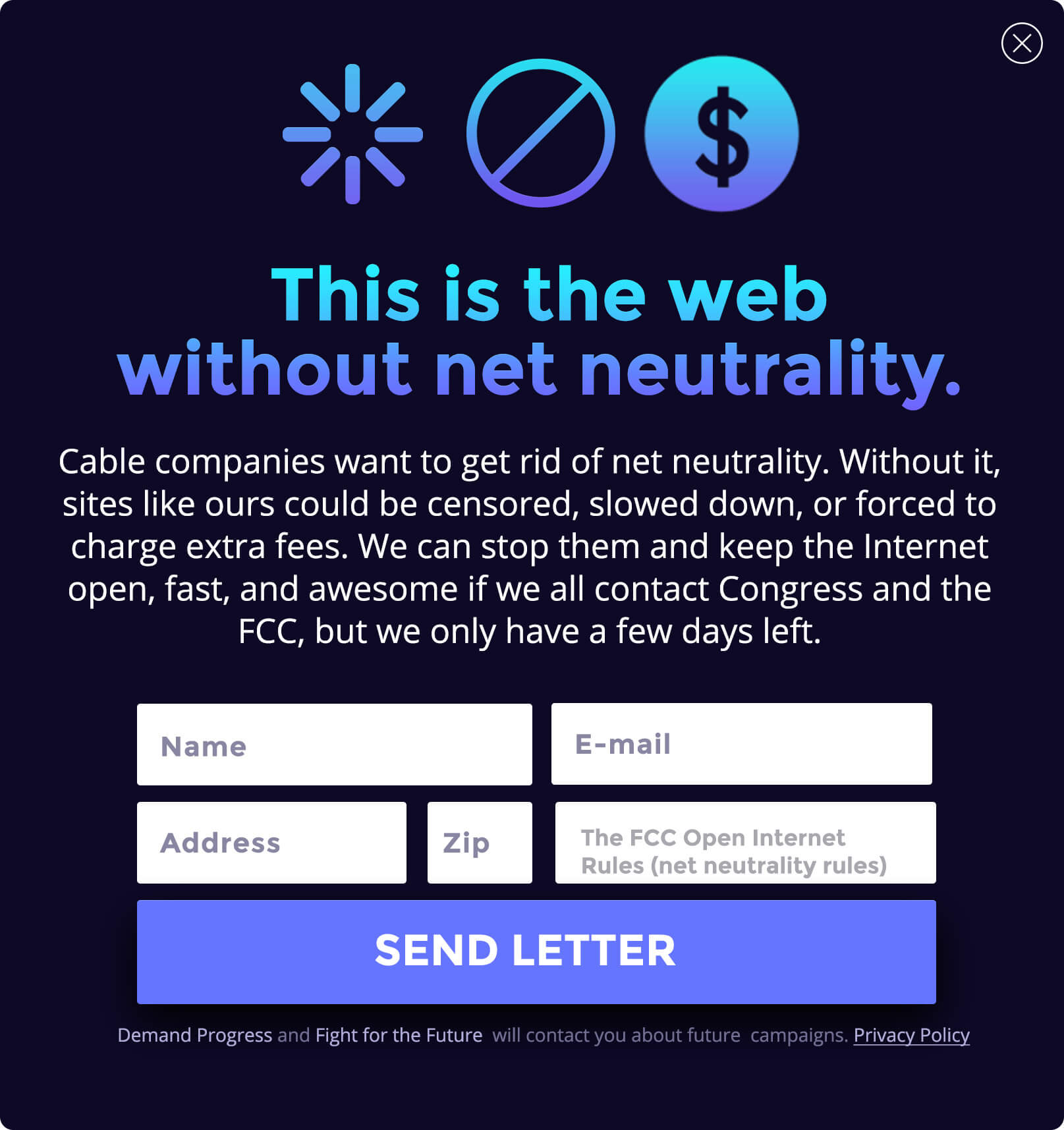 You may have noticed a screen like the one imaged above popup if you visited the site on July 12th, 2017.

This is because The Internet is in danger, again (and again, and yet again).

In 2015, laws were put in place to protect Internet users (personal and business) from the ISPs, classifying the IPs as common carriers under Title II.

Title II gives the FCC the authority it needs to ensure that companies like AT&T, Comcast and Verizon can’t block, throttle or otherwise interfere with web traffic. Title II preserves the internet’s level playing field, allowing people to share and access information of their choosing.

Signing up either through the form that was presented to you or on battleforthenet.com lets Congress know that you are not ok with ISPs being allowed to slow your internet down based on their business deals, or charge you more to access different parts of the internet.

So What does this mean for me?

If you are a consumer of online media, you may find that the content you enjoy is suddenly throttled, capped or outright blocked, pending you pay for the up-charge to access said content.

Other issues that can stem from the lack of an open Internet is potential censorship by those with the money to prioritize their message over others and the stagnation of innovation on the internet. It is already hard enough to start a business on the internet, but the idea that your competition could pay to be served faster than you or become the preferred provider for an ISP is a very thought.

Ok, now you have me sufficiently scared, what do I do?

If you have filled in the form to let Congress know, that is a great step.  If you want to go further, you can add one of the notices to your website.  (If you use WordPress and liked the popup we used, install Cat Signal, It only activates when there is a threat to the internet.)

We at AnHonestHost believe in a free and open internet, and will continue to inform our customers of potential threats.

Posted in Blog, Company news, Hosting, Useful information
We use cookies on our website to give you the most relevant experience by remembering your preferences and repeat visits. By clicking “Accept”, you consent to the use of ALL the cookies.
Do not sell my personal information.
Cookie SettingsAccept
Manage consent